The origins of potting go way back. Preserving without refrigeration was a challenge.

In cooler climates when the seasons minimised hunting and fishing reliance on stored food was paramount.

Some friuits and vegatables stored well but meat would spoil unless treated. Salting, smoking and air drying were the mainstay but with time it was seen that cooked meat could be stored without spoiling. To do this a technique of keeping the oxygen out was required and before tins and jars this relied on using fat as the seal.

With this a certain element of improvement in flavour and texture was seen and from this the great dishes of pates, terrines, rillettes and confits have derived.

A particular dish of English history is that of potted meat or fish. A shredded protein moistened with its own cooking stock and sealed under butter. Spices traditionally were heavy with spice; mace and cinnamon, pepper and garlic, cloves, ginger and cayenne.

Game is especially suited to these preparations but other meats and fish are also candidates.

The most famous dish that still is on the shelves of supermarkets is the wonderful morcambe bay potted shrimps , a delicacy spread on hot brown toast.

Potted shrimps were really only an industry from the 1920s and the principle of potting goes much further back. 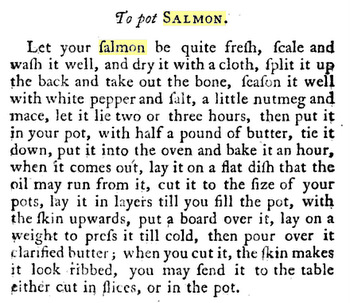 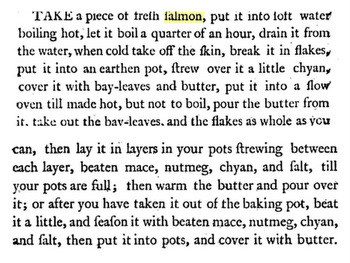 the use of mace, nutmeg, chyan (Cayenne) and salt must have been impressive.

For meat things go further back.

The formulation of  pate and potted meats appears as similar as the words describing them. There are several explanations of this. Pate is etymologically similar to pasta and may refer to the smooth paste that is familar in modern pate.

Potted foods may derive from the same but in medieval times storage and transport of cooked meats was often in  pastry case as a pie. The pastry was a seal rather than a edible part. A development of the seal using fat rather than pastry occurred and a covering of goose or pork fat was used as still the case in rillettes or confit.

The more readily available butter was also used and spices added to improve and individualise preperations.

Other flavours were added and broths and stocks added to retain moisture.

Sealed under a layer or “garment” of fat these products could be kept for weeks or months.

Here is a link to my recipe for potted woodcock. 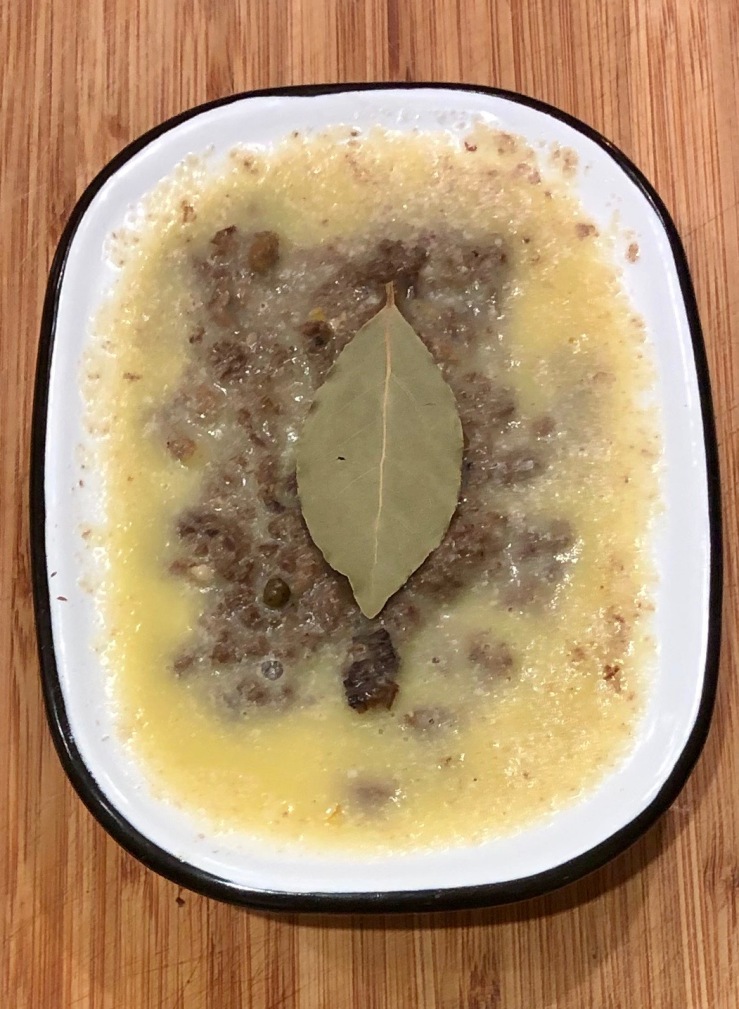 View all posts by Grant Stone